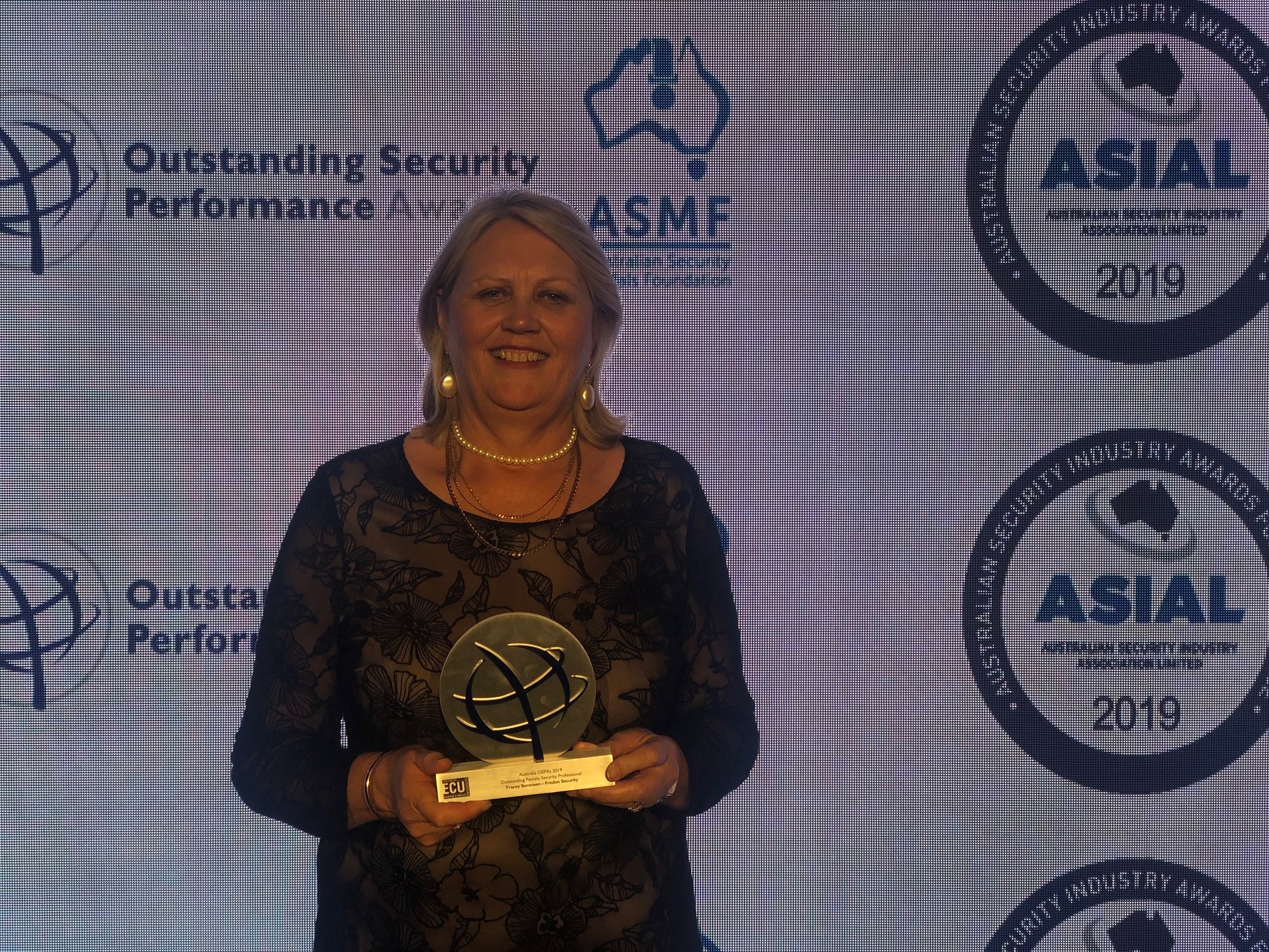 Last night in Melbourne, the security industry united to promote excellence and inovation within the sector and celebrate the success of 2019 Security Awards winners and finalists at the prestigious ASIAL and Outstanding Security Performance Awards Ceremony and Dinner.

Congratulations to Tracey Sorensen, who received the OSPA award for Outstanding Female Security Professional for 2019.

This OSPA recognises a female security professional, at any level of an organisation, who has consistently shown outstanding performance over an extended period of time and has had a substantial impact upon defining and driving standards in the security sector.

Tracey’s 30-year career in the security and construction industry has seen her rise to the role of National Commercial Manager for Fredon Security, and under her tenure from 2015 to 2019, Fredon Security has more than doubled in revenue and staff and expanded from 3 to 5 offices nationally.

“This is well deserved recognition for Tracey who has worked tirelessly in the security industry and has been a big contributor to the success of Fredon Security. According to the judges, this category was one of the most competitive they have seen but Tracey was by far the most deserving.”

Tracey Sorensen has worked tirelessly to make the electronic security industry a better place for all associated with it. For all young people entering the industry, seeing a female leader in a national executive-management position makes it clear that there are no limits on progression.

Read more about the awards on Security Electronics and Networks.