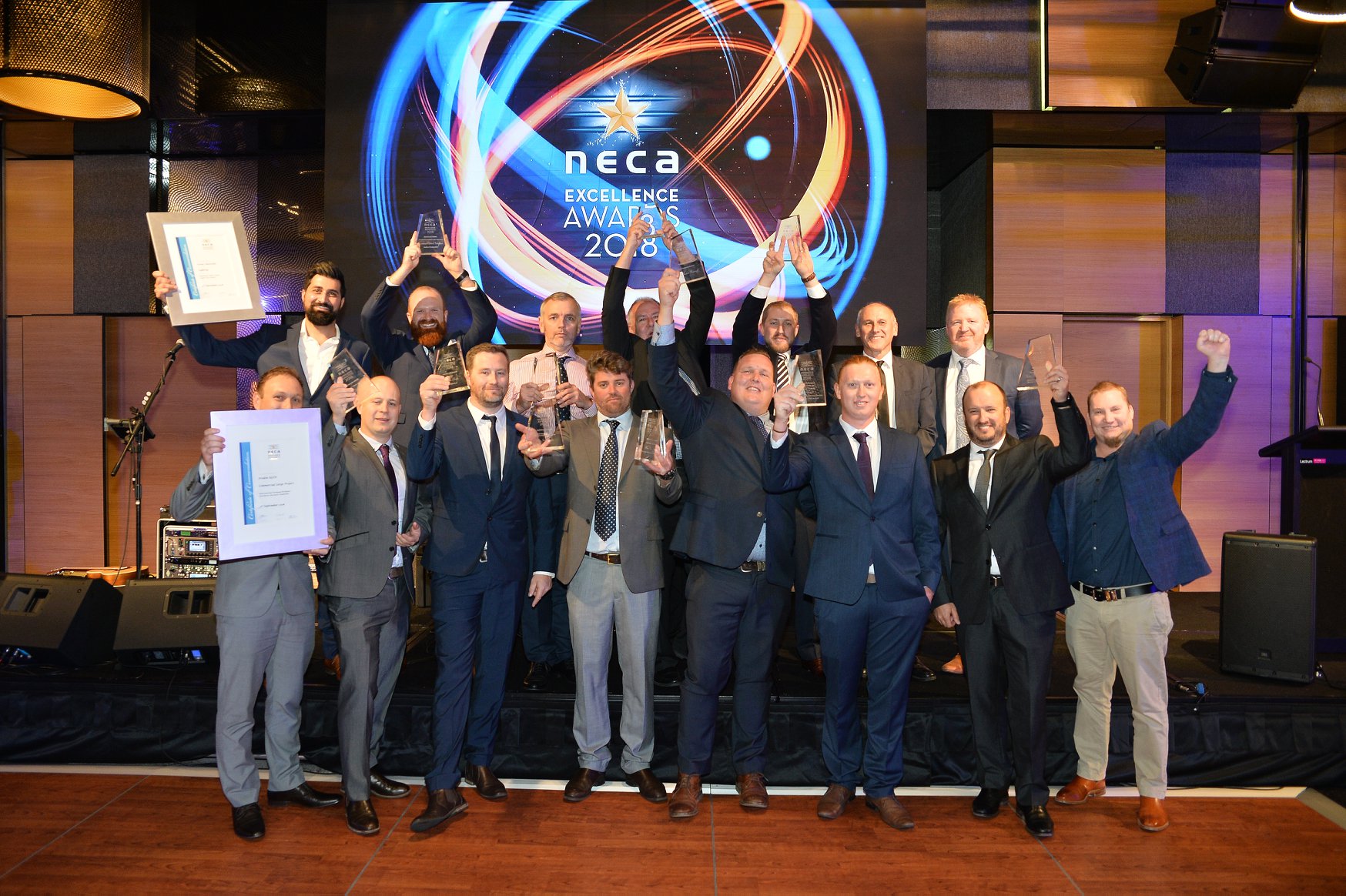 Fredon have received another 2 state awards from NECA, as well as a commendation, taking our tally to 5 for 2018 so far.

“Many of our projects were on display throughout the evening all of which showcased the great work our entire team delivers. I was exceptionally proud of the Fredon works on display and very humbled to have received three awards on the night.” “Congratulations and thank you to the entire electrical QLD team for your contributions to these projects. These accolades are a result of the efforts you consistently put into designing, estimating, pricing, managing and delivering our projects.”

As winners in two categories, Fredon Electrical QLD will go on to the National Gala Dinner in November, alongside Fredon Electrical WA, who won the Company Safety Award and Fredon Electrical VIC, after they won two awards for RAAF East Sale in Voice/Data Communications & Audio-Visual and Work Health and Safety Management System (project) category.