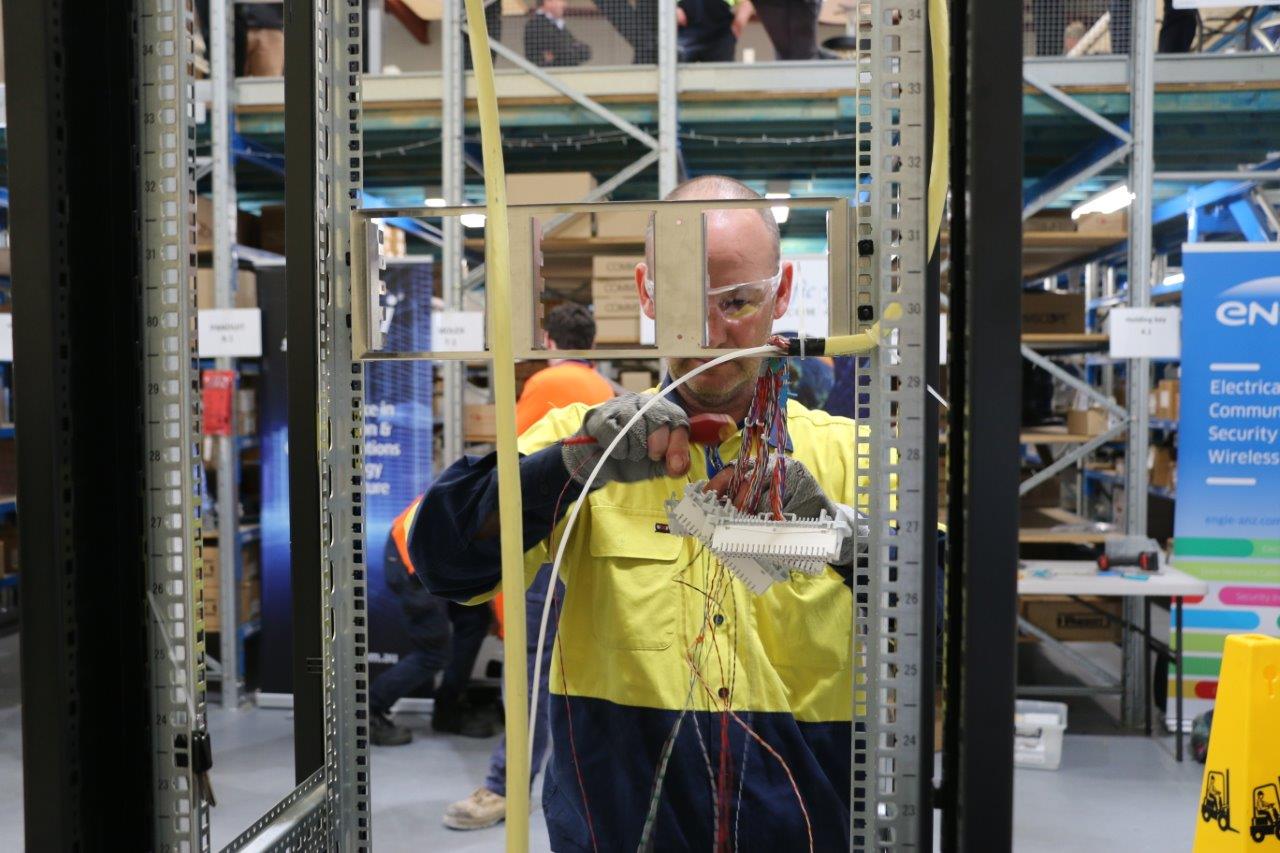 Fredon Electrical WA’s Keith Smith has been announced as joint winner of the BICSI Skills Challenge for WA, retaining the title he also won in 2017.

Keith is a Communications Technician and has been working with Fredon since January 2016.

In the local qualifying heats, contestants had 90 minutes to complete two copper based challenges in 90 minutes, consisting of a written exam and 50-pair tie-cable from 110-style termination to a 24-port patch panel.

As winner of the qualifying heat, Keith will receive a trophy and kit of valuable cabling tools, as well as going on to compete in the South Pacific Skills Challenge Grand Final at BICSI Conference in Brisbane in October.

Fredon also congratulates Travis Sayers, Electrician / Communications Technician for the Electrical WA division who also competed in the competition for the first time this year and just missed out on a top two qualification for the grand final.

Both Fredon employees were recognised for their use of PPE during the challenge.