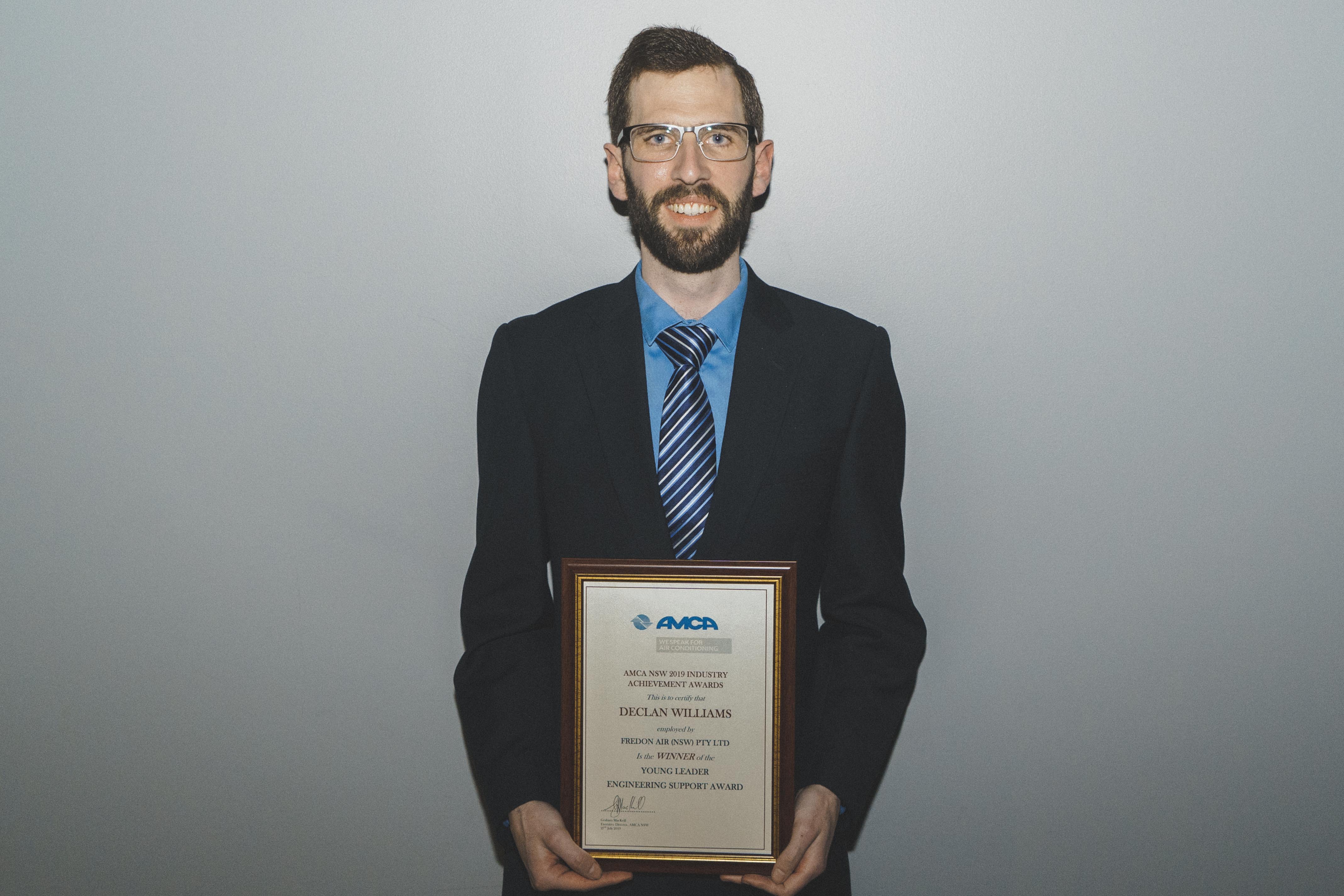 Declan is an Engineer for Fredon Air (NSW) and has been designing the mechanical systems for the Prince of Wales Hospital and Bowral District Hospital.

Since joining Fredon in September 2018, Declan has demonstrated a strong foundation in the sciences that underpin the work we do. He has honed his skills in the practical side of HVAC design and demonstrated that he is able to think laterally about technical problems and find novel solutions.

“Working at Fredon has taught me many new skills, including heat-load calculation, equipment selection, services coordination and knowledge of building codes.​”

​Declan’s goal is to become a senior mechanical design engineer, with the skills to be the mechanical engineering lead on large projects.

​As a mechanical engineer for Fredon Air (NSW), Jason has worked on large construction projects such as the University of NSW Bioscience building, the base building for Barangaroo and now, Westmead Hospital.

“Throughout the year, I’ve been working on the Westmead Hospital project which is both complex and large in scale. I am proud of my involvement in the design of Australia’s first Quarantine class isolation room (highly infectious patient room) within the project.”

Congratulations to both Declan and Jason.  These achievements add to Fredon Air’s growing list of accolades, after Ronda Masri received the same award last year.