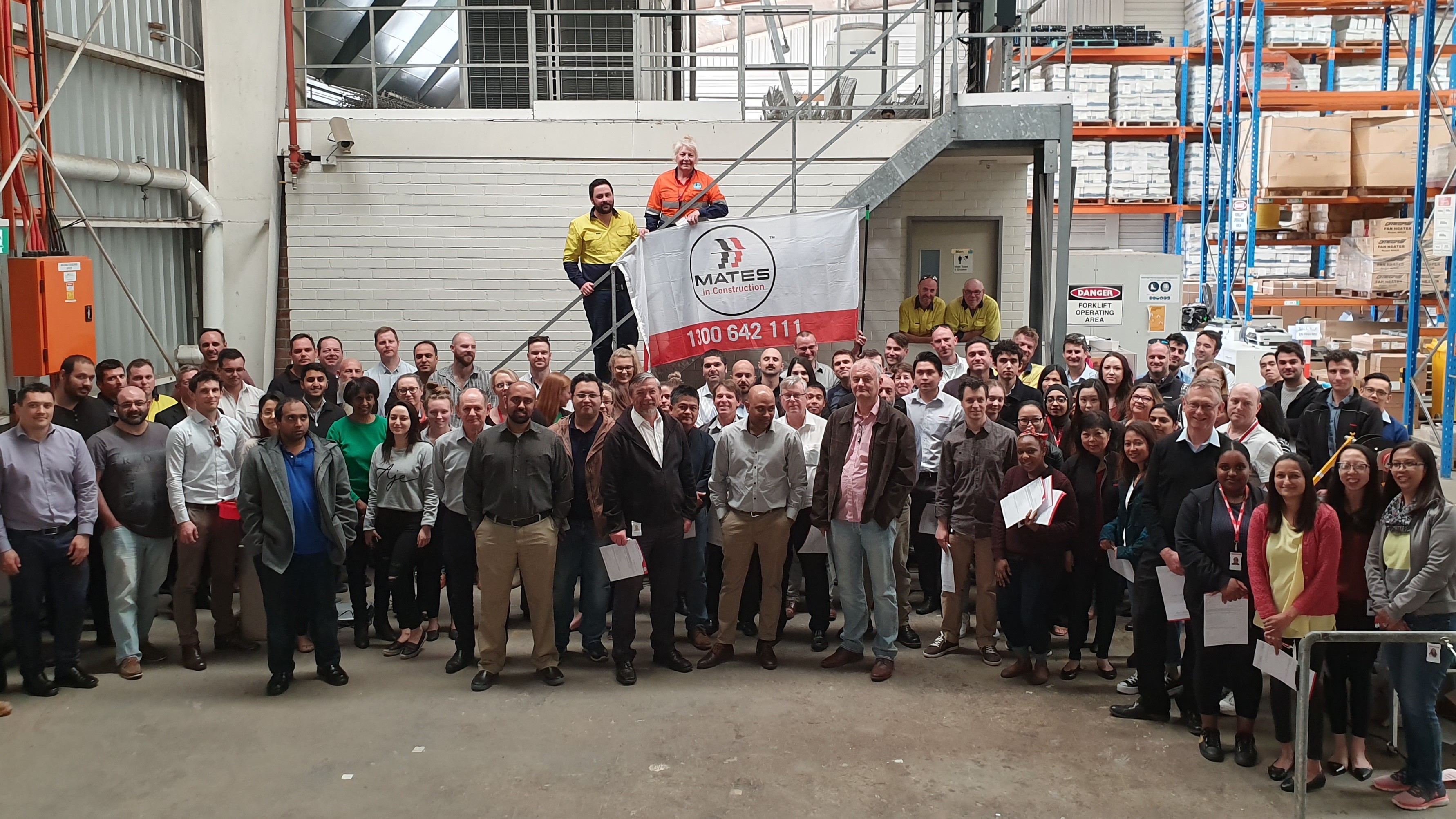 Fredon participated in Flying The Fly for MATES in Construction (MIC) on Tuesday 12th September for R U OK? Day. Various Fredon sites and offices around the nation took the initiative to organise fundraising events to actively show support for MIC and their mission to raise awareness of suicide prevention within the construction industry.

MATES In Construction is a charity whose mission is to raise awareness about suicide in the workplace. Their focus involves providing training programs as well as practical and professional help to those who are struggling.

Research has revealed that suicide has a high prevalence in the construction industry:

As an active member of the community, Fredon is immensely supportive of MIC and their mission.

MIC teamed up with R U OK? for Fly the Flag Day, and in support of the event, Fredon held morning teas, lunches and fundraising activities across our Australian sites and offices. As a group, Fredon raised around $4000 for MATES In Construction and provided our staff with presentations and group discussions to further their knowledge on the importance of mental health.