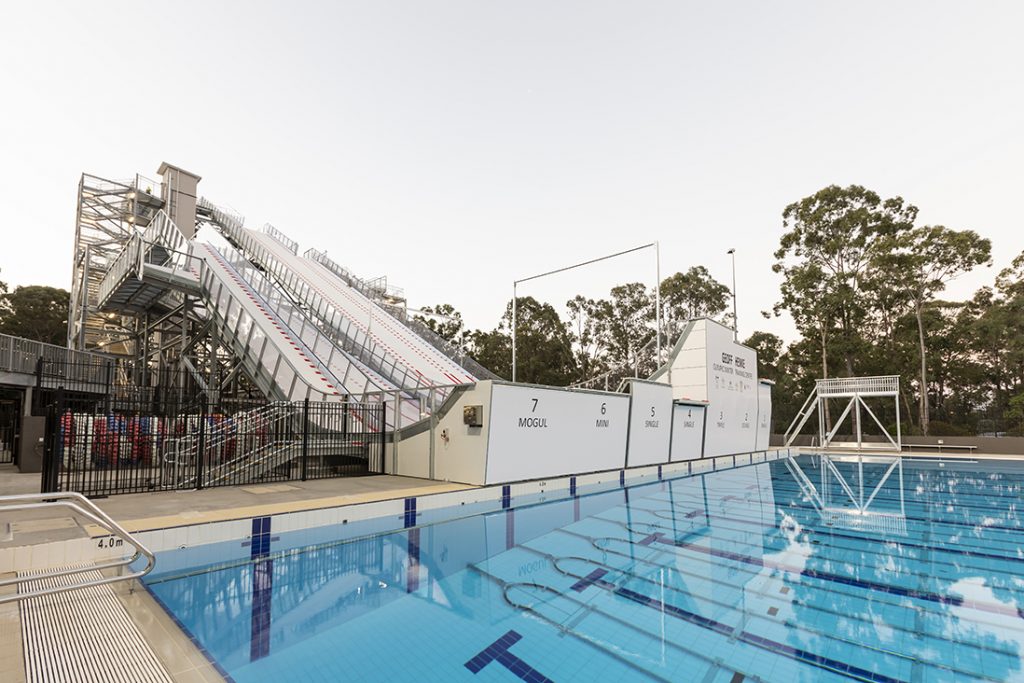 Fredon was engaged in delivering the Electrical works for the unique sporting facility, the Sleeman Ski Jump in Brisbane.

The ski jump is one of the first in the Southern Hemisphere that operates all year round. Capable of catering to all types of aerial ski disciplines from mogul, triple, double, single and mini, it is a world-class facility fit to train current and upcoming Olympic athletes. The ramp stimulates a snow ski ramp with water sprinklers to mimic a low friction snow ski ramp.

As a new type of project, Fredon looked at various ski jump models when designing the electrical and control interface components. A key feature that Fredon delivered was the bespoke control panel to control the aeration system, which operates the 26 airlines built into the pool’s floor structure and provides a softer landing for athletes.

The Sleeman Ski Jump was opened for operation in late 2020 and has proved to be beneficial for Australia’s 2022 Winter Olympic athletes as they can train on home grounds amidst the global pandemic.